Areopagus of Universities: the sustainability of values is proven by the passion constantly present in the life of the academic community 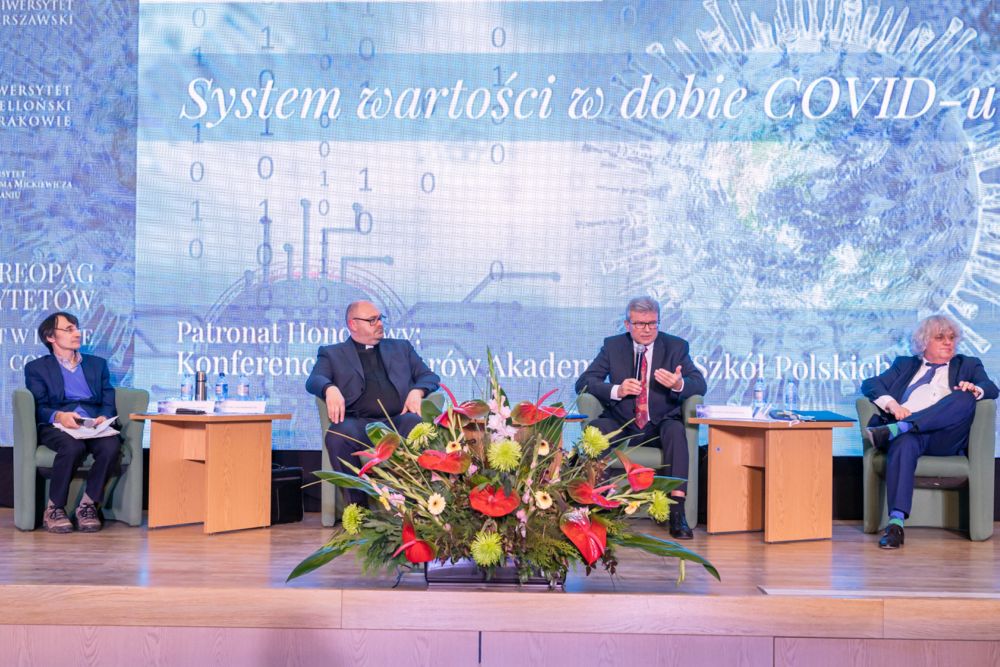 Has the COVID epidemic changed the world of our values? Are these changes permanent? These questions were discussed by rectors and experts from four universities: KUL, UW, UJ and UAM.The first debate in the Universities Areopagus series was held at the Catholic University of Lublin. Professor  Mirosław Kalinowski, opened the debate by stressing the importance of dialogue. - We may not find answers to the questions that will arise, but we will find more elements that unite than divide us - he said.

Areopag of universities is a series of debates on current, socially important 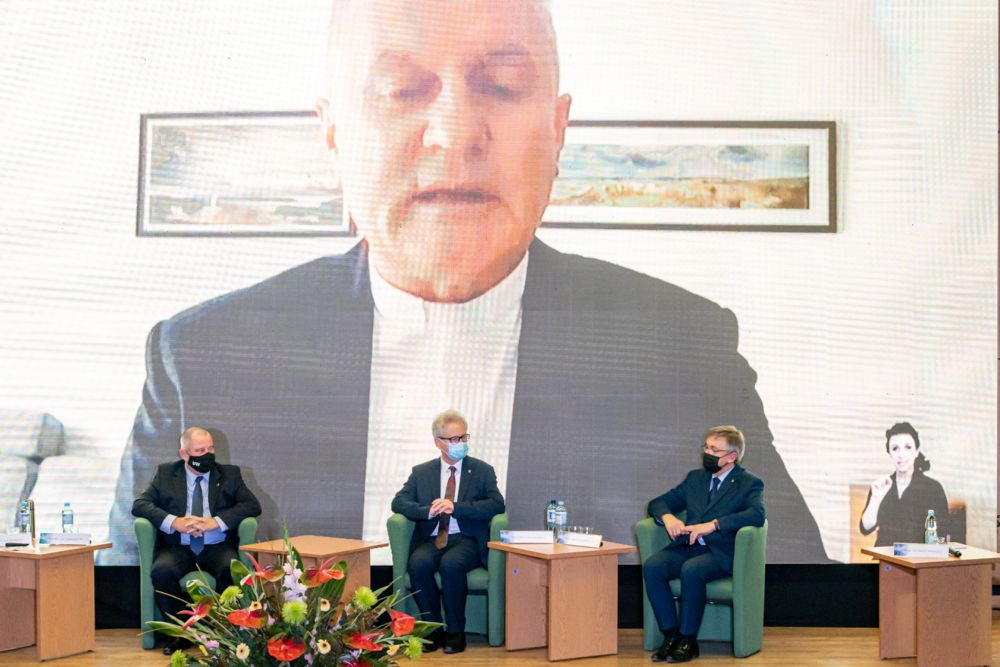 topics. The initiative for a series of discussions devoted to the problems of the world in the age of COVID came from the Rector of the Catholic University of Lublin, Prof. Mirosław Kalinowski. On 18 October experts from all four universities took up the topic of the system of values in the era of COVID.

While opening the debate the Rector of the Catholic University of Lublin emphasized the importance of dialogue. Following, the Rector of the University of Warsaw, Prof. Alojzy Nowak, noted that the one and a half year epidemic has significantly changed the conditions for the functioning of society, among others, thanks to the progress of robotization. - I am convinced that the place of man in the world in 10-15 years will be completely different than today. 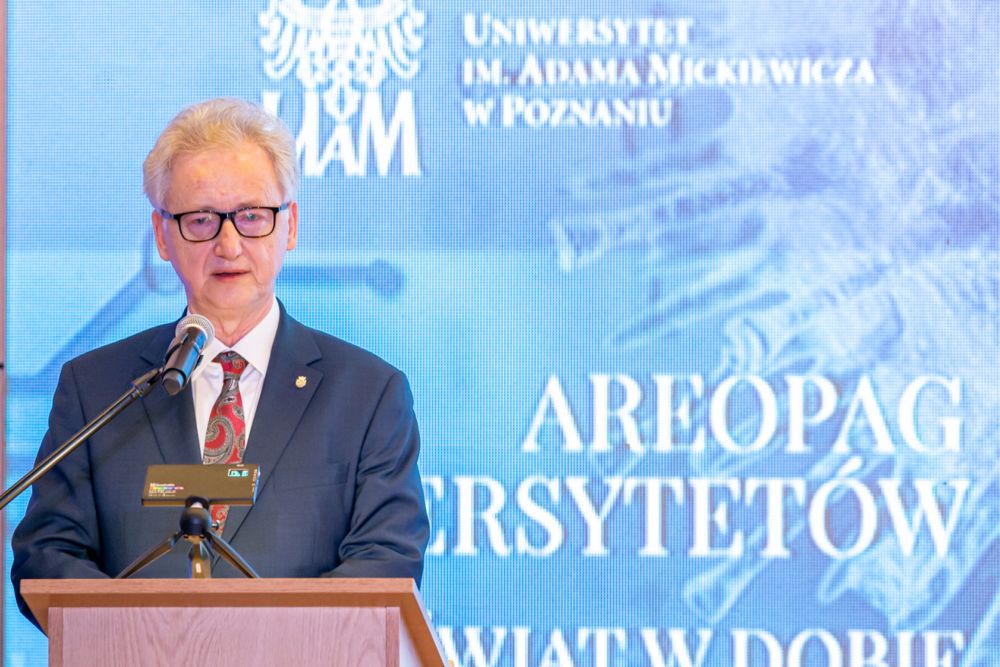 Rector of the Jagiellonian University, Professor Jacek Popiel, expressed his hope for concrete results of the debates. - We would like the dialogue among scientists to translate into dialogue in Polish society. Representing Adam Mickiewicz University, Vice-Chancellor Professor Tadeusz Wallas reminded that coronavirus is not the first pandemic in the history of mankind. - Each of them has led to significant changes and, generally, for the better.

Prof. Jacek Wojtysiak of the Catholic University of Lublin (KUL) in his introduction to the discussion,  pointed out that changes in value preferences occur under the influence of strong life experiences, such as borderline situations. - Epidemics 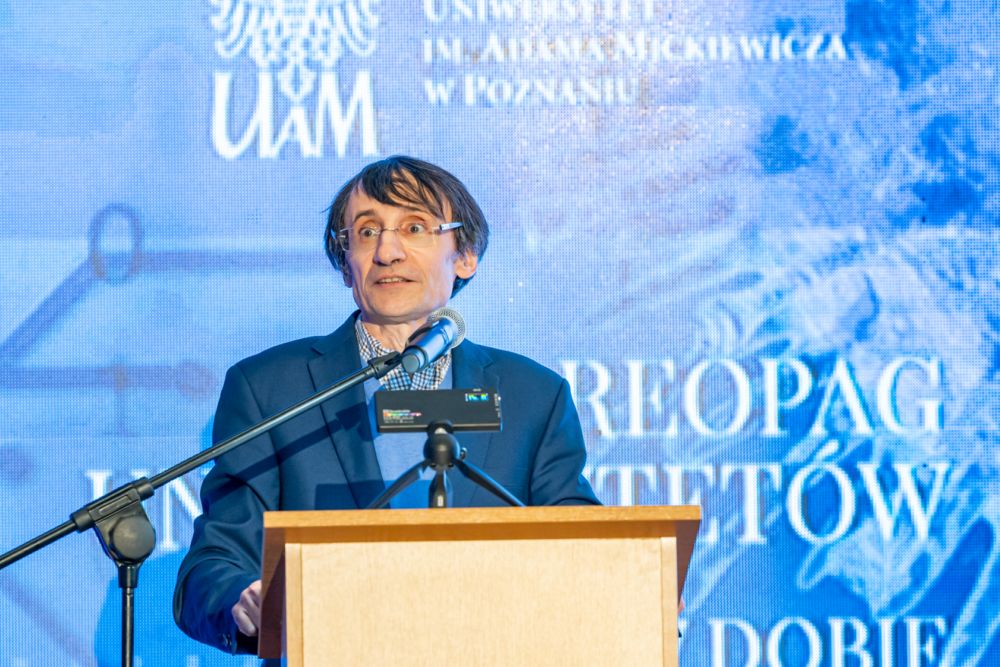 have often led to a situation of reevaluation - he stressed. He encouraged reflection on vital values (such as health), cultural, cognitive and religious values. In his opinion, in Western societies people's lives revolve around producing, buying and using purchased objects. He also drew attention to the growing processes of secularization and the high importance of science in Western societies. - Most people treat it as an effective way to master nature. In his opinion, the pandemic has shown that it is possible to live differently, however it failed to abandon consumptionism  and change our lifestyle, nor did it arouse greater religiousness. He concluded that the pandemic shock was too weak for any permanent changes, and the pandemic showed that our civilization and science still face many limitations. 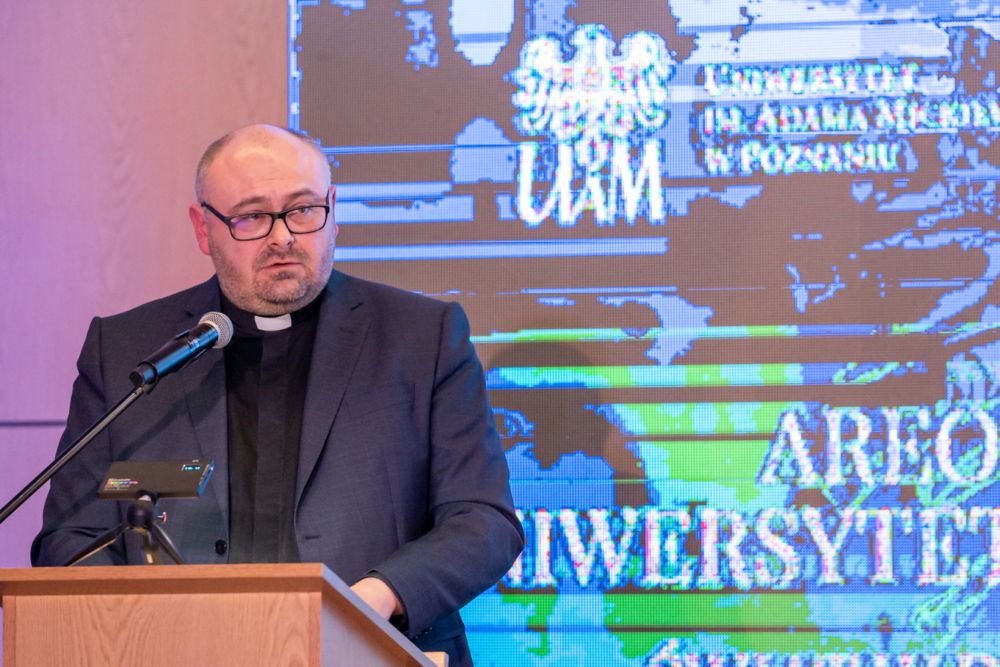 Experts from other universities referred to Prof. Wojtysiak's words. - The pandemic revealed to us the value of love, under many different forms: compassion, understanding, help, brotherhood, patriotism, and the longing for closeness," said Father Cezary Smuniewski, Ph.D., from the University of Warsaw. According to the professor, thanks to the pandemic, values were revealed with a new clarity, just as it happened with the uniqueness of each person. This is a chance to reconsider personalism which has the power to protect us from the Scylla of individualism and the Charybdis of collectivism. It is also a chance to reflect on the importance of our ability to enter into relationships," he emphasized. 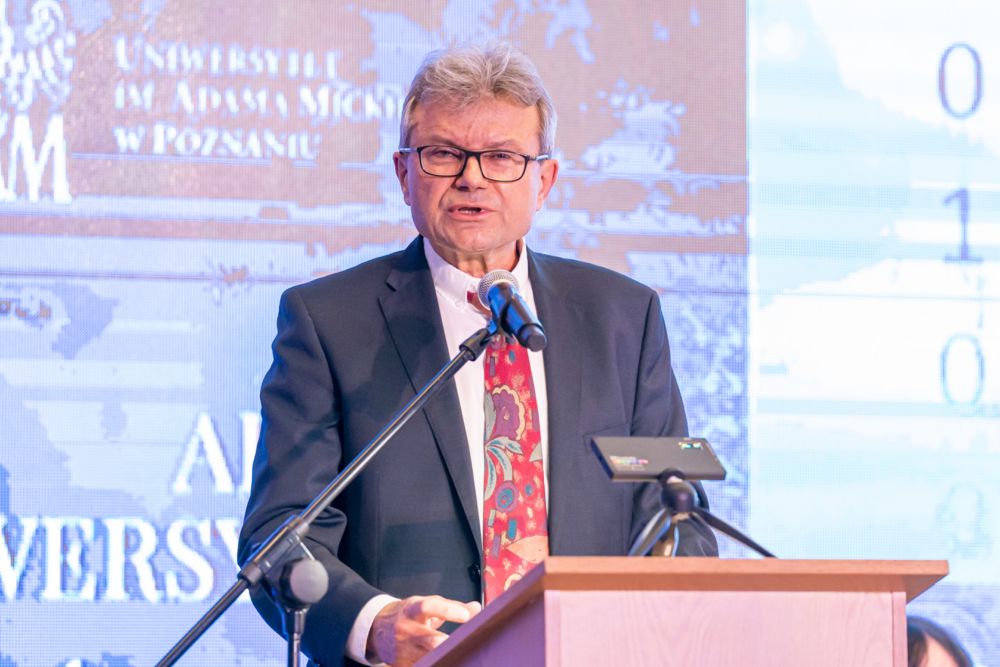 goodness - said Prof. Leszek Sosnowski from the Jagiellonian University. Our social reality is demolished not only by the coronavirus, but by a number of pandemics: hatred, post-truth and stupidity. The speaker paid particular attention to the pandemic of indifference and lack of solidarity. Solidarity is a value that has the power to bring people together, even when they are far from each other. - Solidarity is always with someone and for someone - he added. The professor noted that this value cannot be imposed on anyone, because it is always an expression of human goodwill. A disturbing symptom of its absence during the pandemic were voices calling for non-vaccination. 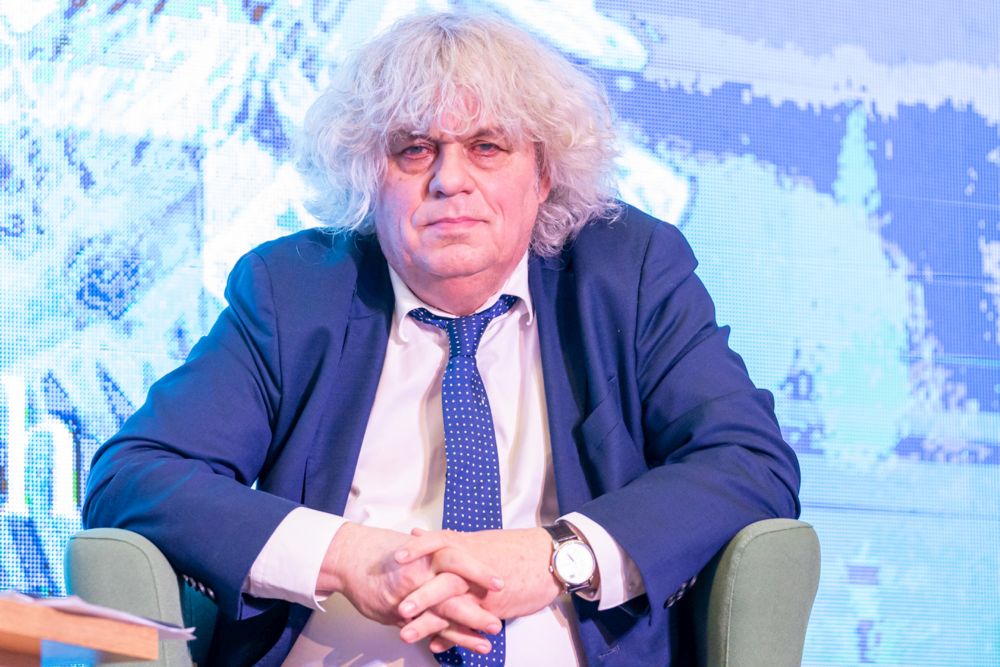 Professor Zbyszko Melosik from Adam Mickiewicz University in Poznan noted that from the historical perspective, the pandemic is not an isolated fact. - The epidemic has shown that the human condition is very fragile and has struck at his arrogant belief that he has already conquered nature - he stressed. In his opinion the pandemic will not permanently change the world of values of modern man, it is possible only in the case of people who have experienced an individual tragedy, such as the death of loved ones. - Our system of values remained socially unchanged, and people returned to the consumerist lifestyle - he said. He added that humanity has never been and will never be oriented only towards lofty values, but we can’t say that today we are dealing with the bankruptcy of humanity and its ideals, and the lastingles of values is proven by the passion always present in the life of the academic community.

The next debate in the series, dedicated to the issues of medicine and public health - "Ethical limits of medicine," will be held on November 8 at the Jagiellonian University. 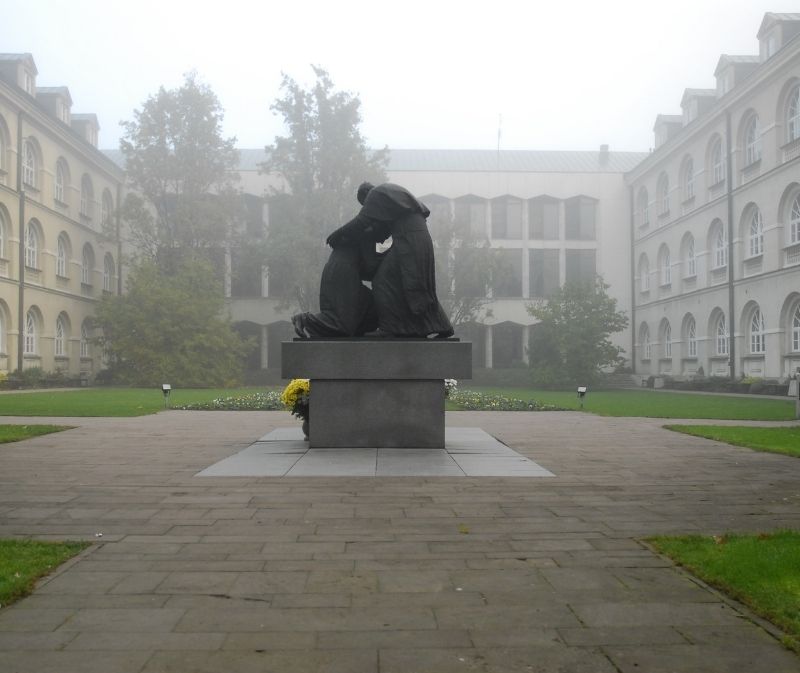 The Rector of the Catholic University of Lublin: a Research Centre on Poles and Jews saving victims of totalitarianism will be established 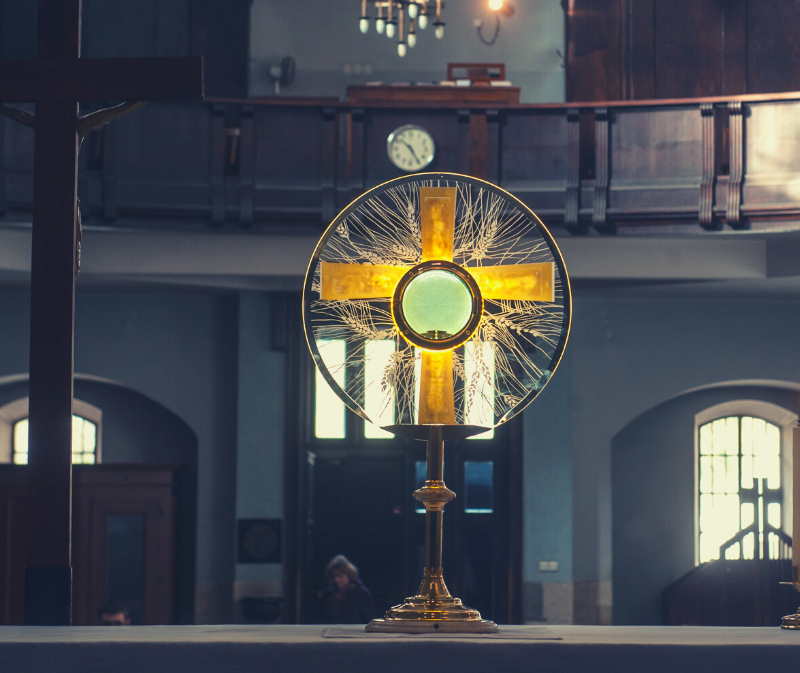 The Rector of the Catholic University of Lublin: The Advent brings hope even in the most difficult time 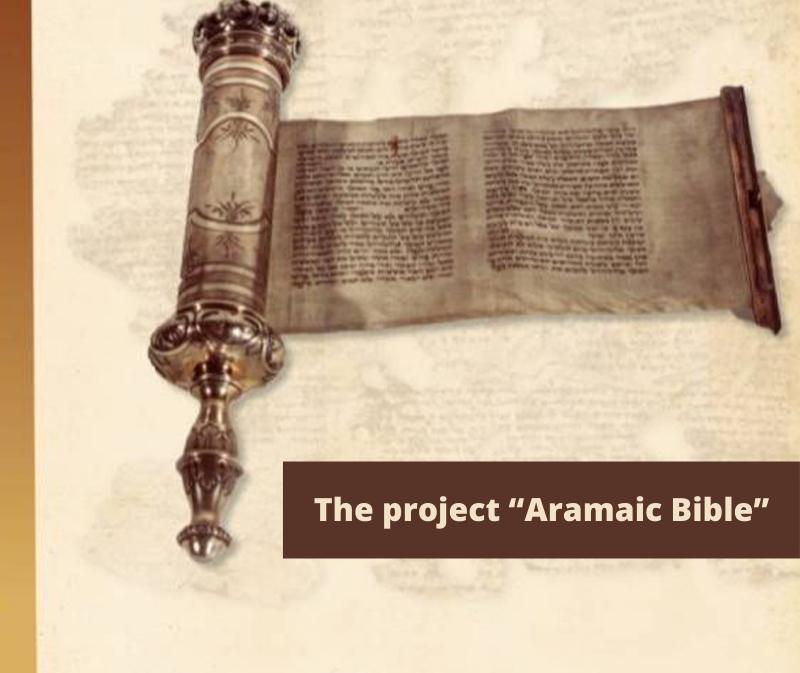 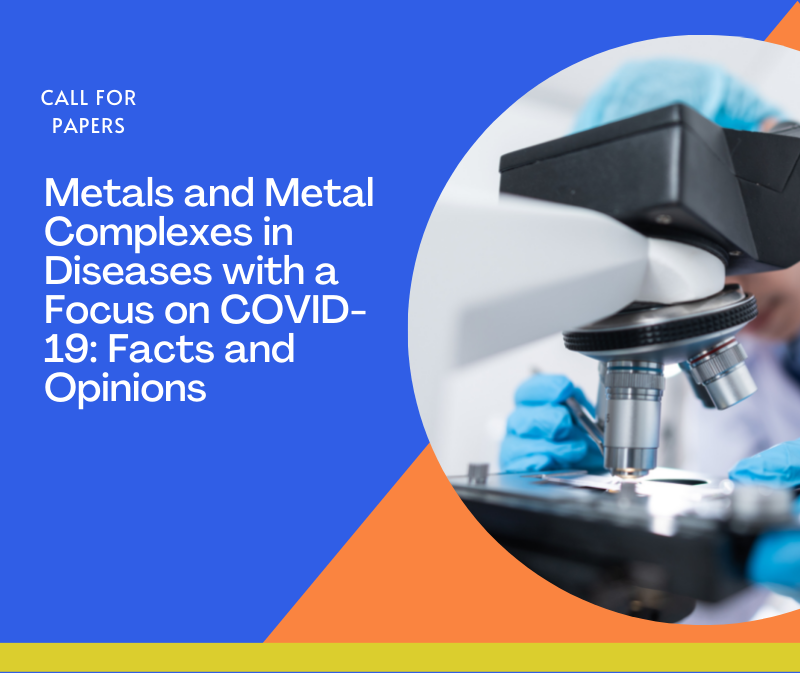 Call for articles for the special issue of "Metals and Metal Complexes in Diseases with a Focus on COVID-19: Facts and Opinions"