Does Christianity have the potential to (co)respond to the threats of democracy? - is one of the key issues of the new international and interdisciplinary research project “Threats to democracy: nationalism, populism, extremism and the response of Christianity.” We invite the Ph.D. students of the Catholic University of Lublin to participate in the project that cooperates with the universities in Germany, Georgia and the Czech Republic. 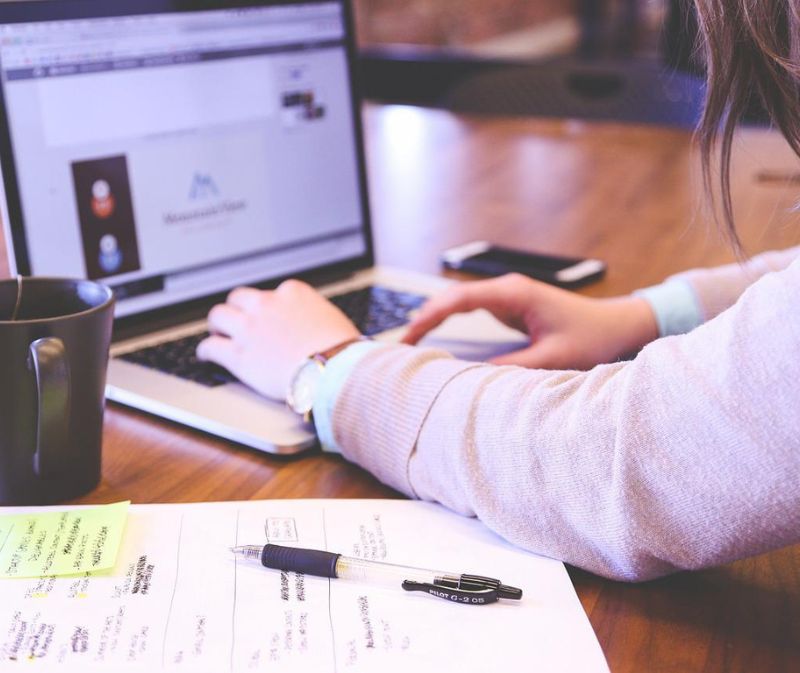 Can religion avoid being degraded to the level of an ideology supporting authoritarian power? Are the slogans of returning to Christian Europe and the so called Christian values not a facade hiding the political aspirations of populists, leading to a dangerous variety of idolatry?

Do references to tribalist narratives that generate increased followers for their authors find an audible alternative?

These are the exemplary issues of the project, whose aim – as explained by the director of the Institute of Political Science and Administration, Professor Agnieszka Łukasik-Turecka, Professor at the Catholic University of Lublin – is firstly an in-depth identification, analysis and the interpretation of phenomena that pose threats to democracy and secondly, looking for answers to the question about the potential of religion, especially Christianity, in theoretical and practical support of democracy.

In the western world – as we read in the project’s  CALL FOR PAPERS ‘there are long-standing trends that remain under tension in the face of democracy.’

These include, on the one hand, the creation of demands to return to the Christian Europe and the so called Christian values, especially given the growing number of the followers of Islam. Behind these slogans, most frequently, are hidden political aspirations of populists, who using Christian symbols, suggest Catholicism without Christianity, i.e.  a new religion focused on the nation perceived as a mythical object, hostile to what does not fall within its strictly limited and closed framework.

On the other hand, the extreme liberalism and secularism, to which Christianity is exposed to, may lead to the emergence of Christian fundamentalism, used by populists and nationalists as an element of defense against so-called hostile ideologies.

Such fundamentalism is built on post-seizure privileges, using which populists and nationalists, often try to win favor of Church representatives. Similarly, the fundamentalist tendency is reinforced by a tribalistic narrative, focused on the defense and struggle, thanks to which nationalists and populists gain new supporters, including among young people, whose involvement is often highly radical – it has been stated.

What is also crucial in this context, is the full-scale Russian aggression on Ukraine, which started on February 24th this year and continues to this day. The last months, as we read, have proved explicitly and dramatically that nationalism, populism and various forms of extremism, which threaten democracy, are accompanied by Russian imperialism. - The war in Ukraine, unleashed by Russia, is openly supported by the Patriarch of Moscow, who appeals to religious ideology.

In the context of western Christianity, what provokes serious questions is the Vatican’s position referring to this war – it has been noted. 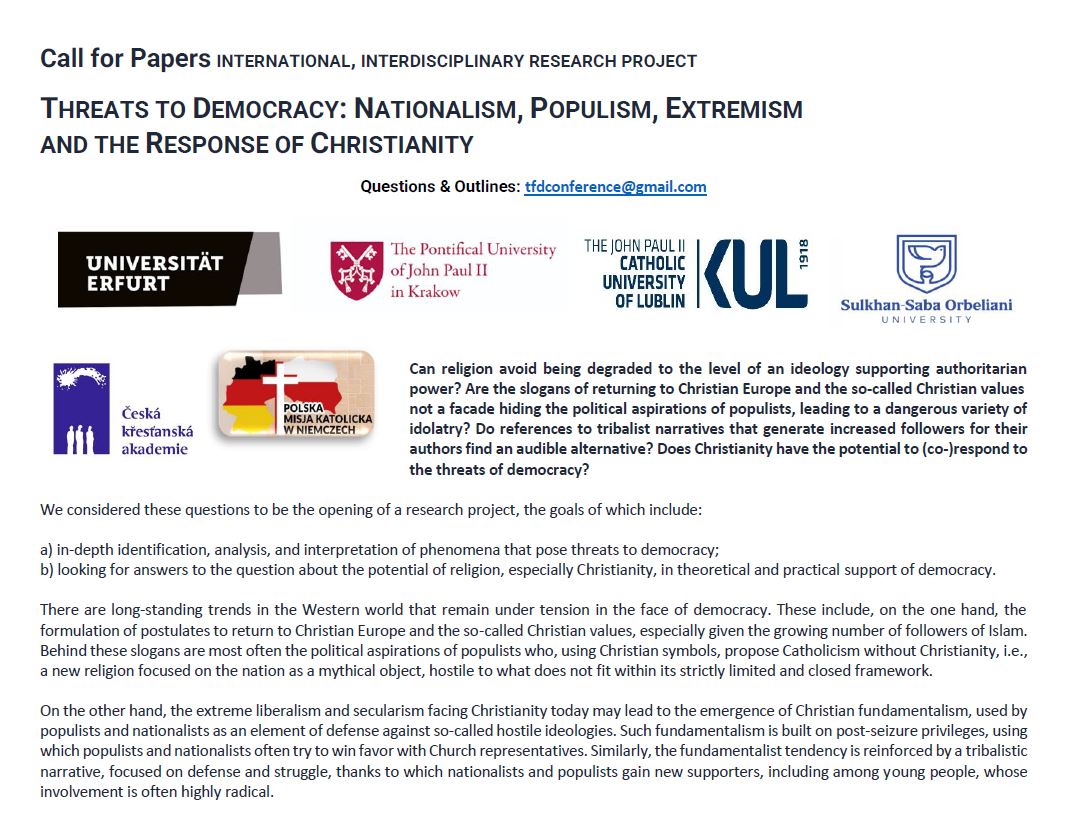 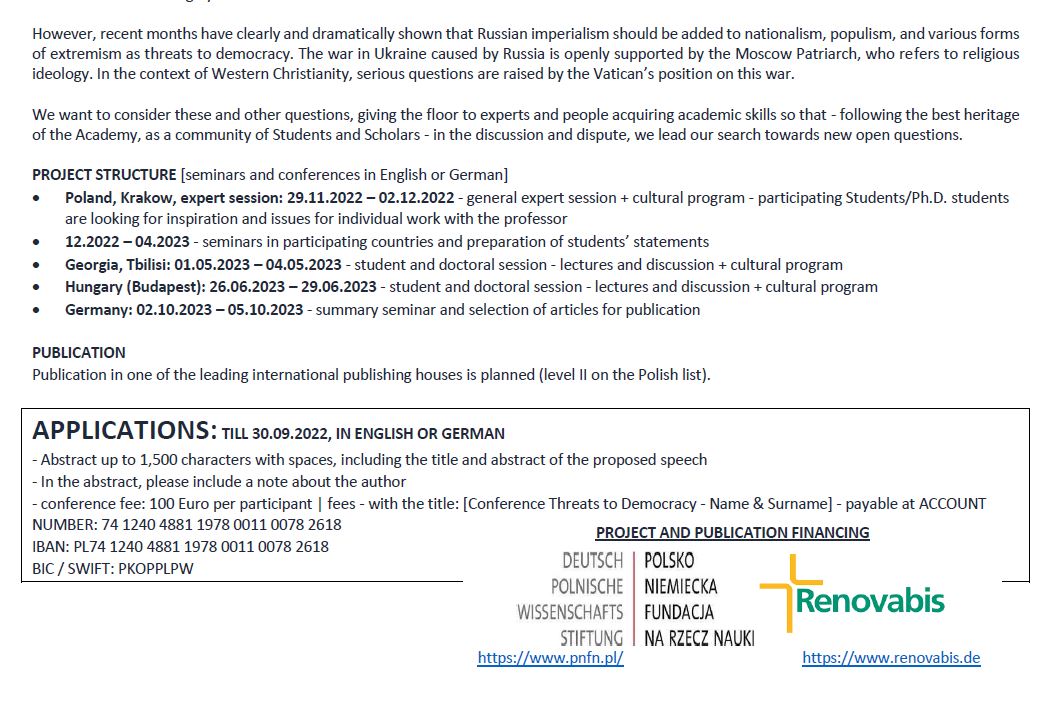 The meetings of researchers, which will include seminars and conferences in English or German, will start in Krakow, Poland, between November 29th and December 2nd  this year (general expert session + cultural program). Students/ doctoral students will have the task to search for inspiration and issues for individual work with the professor. Then, the plan for the period between December 2022 and April 2023 are seminars in participating countires and the preparation of students’ statements. The subsequent sessions of the project are planned for the next year in Tbilisi, Georgia, from May 1st until May 4th, in Budapest, Hungary, from June 26th until June 29th, as well as in Erfurt, Germany,  from October 2nd until October 5th, where the seminar concluding the research and the selection of articles for publication will take place. The publication itself is planned in one of the leading

As part of the application for participation in the project (for all those who are interested, including Ph.D. students from other partner universities, the deadline is the 30th of September this year) please prepare the title and the abstract of a proposed speech in English or German (up to 1500 characters with spaces) and include a note about the author. In the case of Ph.D. students of the Catholic University of Lublin, please do not pay the fee before the selection of the abstract by the committee.

The partner universities of the project are the University of Erfurt, Germany, Sulkhan-Saba Orbeliani University in Tbilisi, Georgia and the Czech Christian Academy in Prague. As for Poland, apart from the Catholic University of Lublin (KUL), the Pontifical University of John Paul II in Krakow also participates in the research. 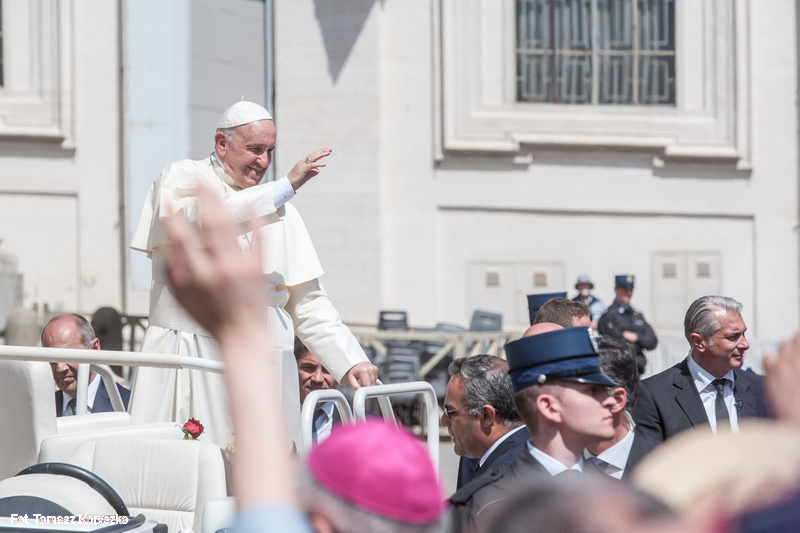 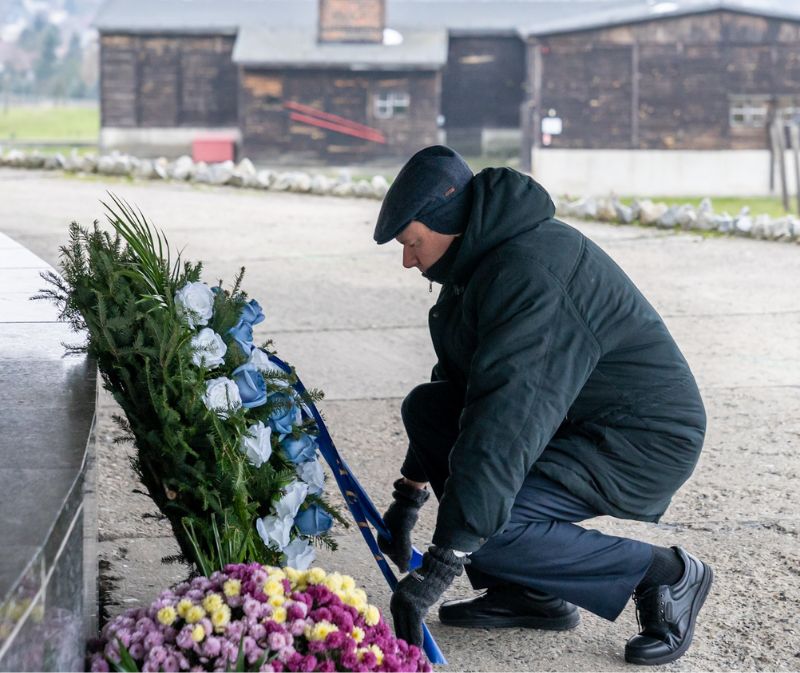 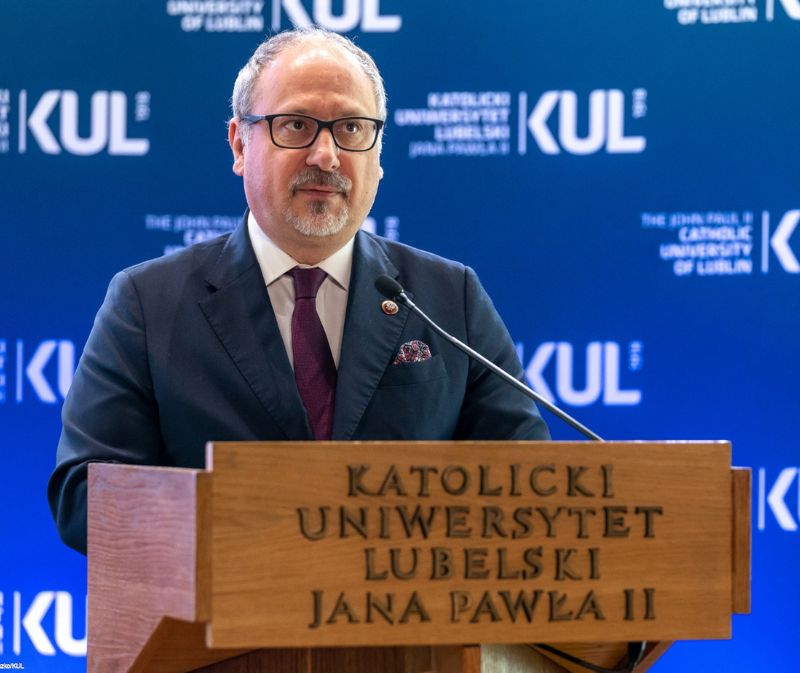 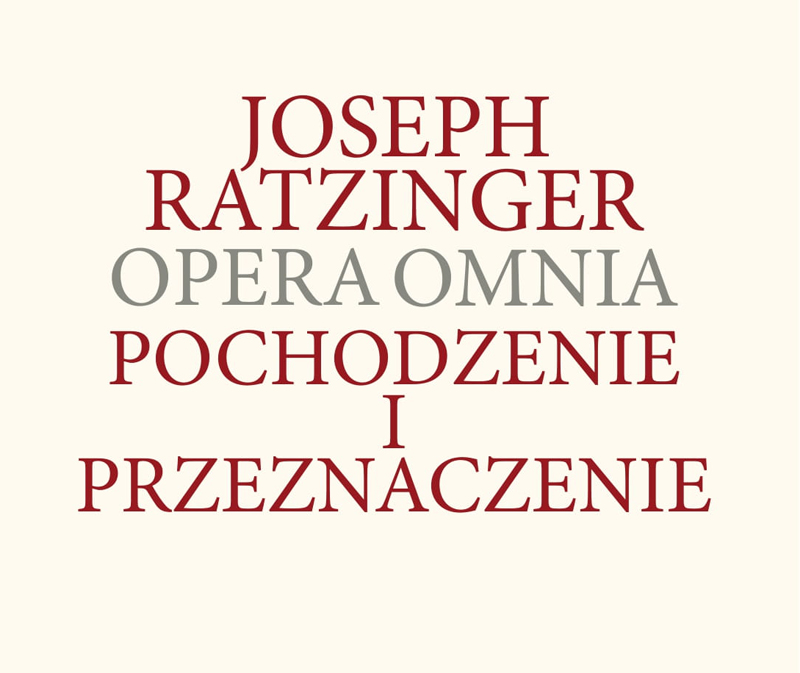